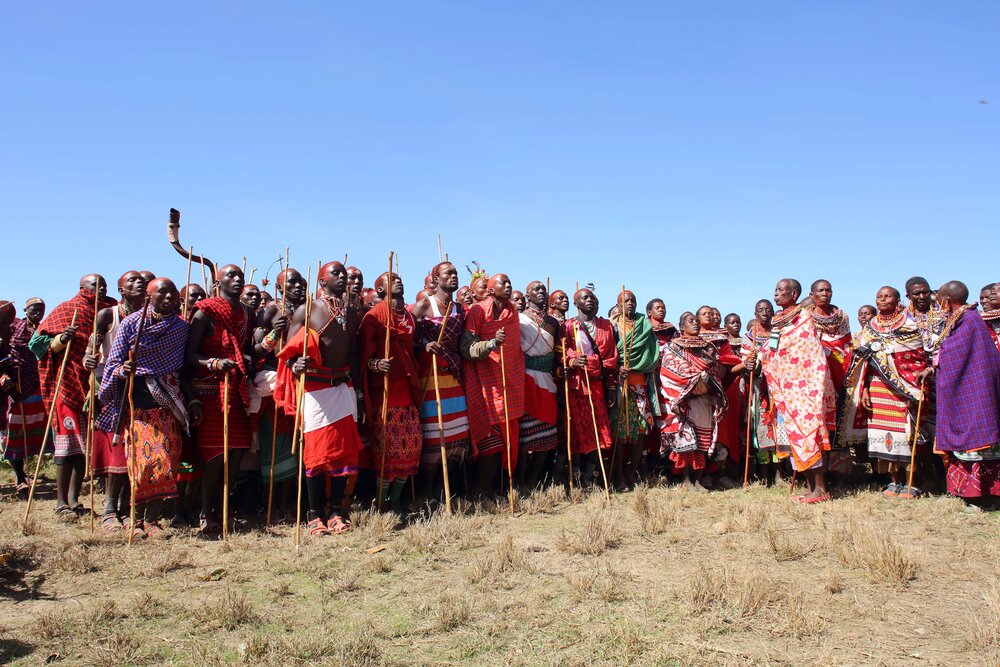 The Mukogodo landscape is a major home to the Laikipia Maasai community. The Maasai are predominantly pastoralists whose livelihoods are largely dependent on livestock keeping. One fascinating feature about the Maasai community is their striking co-existence with wildlife. On the open fields, livestock and wildlife will be found grazing side-by-side.

The area is also home to the indigenous hunter-gatherer community Yiaku (Yaaku) also known as Mukogodo Maasai. The Yiaku is a community indigenous to the Mukogodo forest, their livelihood strategy has traditionally been characterized by hunting/gathering. In the 1920s-1930s most of the Yiaku where assimilated into the Maasai community due to their marginalized position and adopted the pastoral lifestyle and the Maa language, and they therefore became known as the Mukogodo Maasai. Some of the traditional hunter/gatherer activities such as beekeeping have been maintained.

The community uses indigenous approaches in conservation of Mukogodo forest. The elders     define the schedule of using the grazing areas in a clearly, mutually agreed local Grazing      Management Plan. It is also a taboo in Maasai community to uproot or cut down a tree which is alive; the only way allowed is to prune one or two branches.

Some specific trees in the forest produce flowers which attract bees in large numbers, therefore boosting honey availability for use in cultural functions. Some of these very useful trees are Lmerguet (Croton spp.), Lngilai ( _____ spp.). An amazing thing is that, grazing inside the forest during the flowering period of these pollinators – attracting trees is prohibited by the Elders. The restricted movement of livestock allows for bees to colonize the hives established in the forest for the purpose of honey production.

Maasai cultural, social structure is characterized by deep kinship bonds and an age-set system. Currently, there are 6 distinct age-sets:

A major attraction is the ceremonial rites for the age-sets in which they leave their usual homes and gather at a cultural area, set up new homesteads in what is termed as “Manyatta”. They stay here for 3 to 4 months until the initiation of the new age-set is completed.

Get all latest updates delivered to your email;